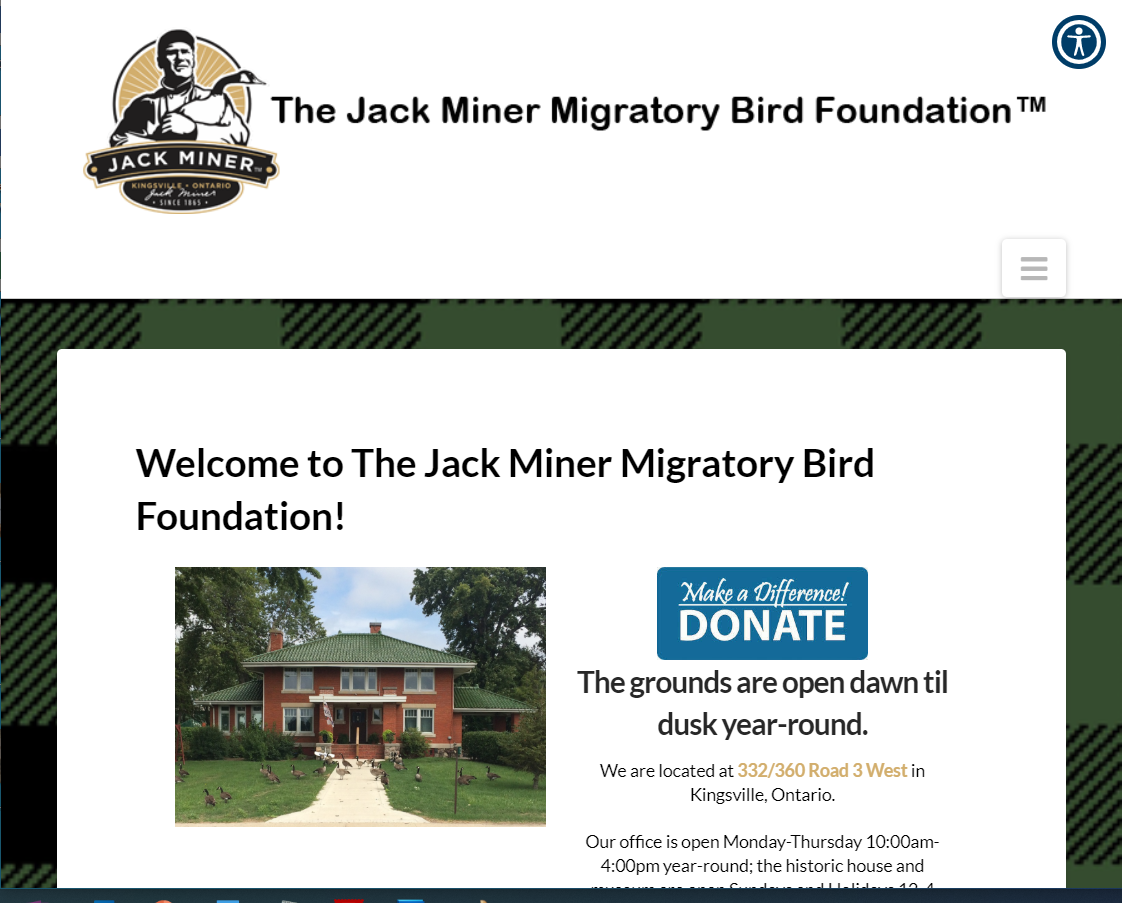 Jack Miner became the founder of the Migratory Waterfowl Refuge System by establishing the Jack Miner Migratory Bird Sanctuary in 1904. It is located in Kingsville, Ontario, Canada. Five years later he pioneered the banding of migrating waterfowl; the recovery data was instrumental in the establishment of the Migratory Bird Treaty of 1916 between the United States of America and Canada as no government banding programs had been in existence at that time.